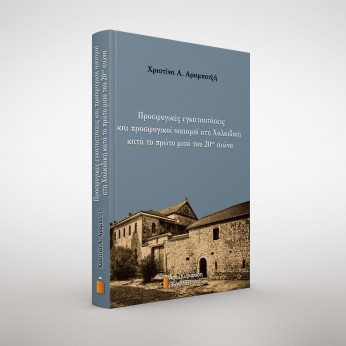 The Asia Minor Disaster was undoubtedly a milestone in the history of Modern Greece. It brought rapid political, social and economic changes, particularly evident in the areas where refugees settled, such as Halkidiki. The residential development of the area, demographic characteristics before and after the arrival of refugees have a strong research interest. This book, a fieldwork in public and private records, review of written sources study, oral testimonies and references, examines the refugee facilities in Halkidiki, construction and organization of refugee settlements, as well as social, economic and cultural transformations, which occurred in the region during the first half of the 20th century.

No customer reviews for the moment.

30 other products in the same category: